Everyone has a ‘comfort food’, an item of food that one associates with childhood, home, mother…….and for me for ever so long it used to be ‘curd rice’! How I grew out of that is another story, but for these last many years my ‘comfort food’ has been a drink, the filter coffee. Children were not allowed to drink coffee, but amongst my earliest memories is one of my grandfather, sneaking me a sip from his ‘tumbler’! Of course, no chinaware entered our Brahmin house then. It was a time,  long before plastic had entered our lives in any manner or form.

Coffee was a ritual and was  made only in the morning and at tiffin time, which was the late afternoon. The first thing that was done in the morning was to light the wood fire and put water to boil. My mother would have already had her bath before this and cleaned the fire and put kolam on the walls of the stove.  Once boiling, the water was added slowly to the ‘peetal’ filter. These were in various sizes, and on any given day, the one used depended on how many people were in the house and were eligible for this morning ritual.

The morning coffee was extra special, as the milk was fresh. Since we did not have our own cattle, the milkman walked his cow to our door, and my grandmother would stand guard with a hawk’s eye, to ensure that the milkman did not tilt water into the vessel from a source tucked into his mundu! My maternal grandmother did keep cows, and I remember her standing and supervising the morning milking, in this case to ensure that the ‘servants’ did not steal some of the milk.  The milk was boiled, added to the ‘decoction’ along with sugar, usually a generous amount for my grandfather as he had a sweet tooth. (Technically, since the water percolates through the powder packed in the upper perforated vessel into the lower vessel, the coffee is a filtrate, but is always referred to as the decoction.)  The mixture was tossed between the davara (the lower dish) and and tumbler, and the frothing coffee was carried almost with reverence in the folds of the saree pallu, (since it was too hot for the hand) to the recipient.

I do not recall many of these details from those early days, but they were discussed in later times when the adults were reminiscing about the bygone days, and the decline in the quality of coffee! The men were the first recipients, and I can imagine my mother bending and leaving it a couple of feet from my grandfather, since the daughter in law had to keep her distance.
Once the first round was over, any decoction remaining, was put into a separate container for those who may demand seconds. My father was one of those, and I can hear his “Kamlam, arai cup coffee” (Kamlam, half cup coffee),  which was his routine to the end. Those were frugal times – more water was boiled and added to the same filter, and the second harvest of weaker coffee was what the older children and the domestic helpers got.

Many of these rituals continued for many years in our house. I do not remember the roasting and grinding of the coffee seeds in those early days. But I can smell the distinct aroma of the roasting coffee seeds, in our Delhi house in the late 50s and early 60s. It was a ritual unique to our house as we did not have other Tambrahms in the neighborhood. The roasted seeds were stored in air tight tins, and ground with a hand-grinder in small batches so that the freshness was retained.

The switch to pre-ground coffee powder happened in 1965 when my parents moved to London. When  they  returned in the late 60s, a lot of things had changed. My mother no longer had help in the kitchen, the Government apartment they were allotted did not encourage the strong smell of roasted coffee I am assuming! Although by this time I had reached the age of eligibility for coffee,  I was in the hostel and had a cup on my occasional visits home.

The years in the hostel had hooked me to chai, the only available option. Coffee (if it can be called that) was a late night activity, for study breaks, in which boiling water was added to a vigorously beaten mixture of Nescafe and  condensed milk. The real ‘coffee’ was enjoyed on the occasional visits to India Coffee House in CP. Later a branch was opened on the college campus and made the wonderful brew more accessible. After marriage, for many years we continued to go to India Coffee House for the coffee fix. Then I spent 2 years in US, and drank large amounts of the perk coffee, Maxwell House being the brand that was popular in the lab where I worked. The lab tech would get into work at 7 am and the first thing he did was put on the machine. As I walked into the lab at 8, this aroma would be floating down the corridor. And is perked the whole day, and we all drank volumes of it, although I needed milk and sugar, unlike many of my American colleagues. But if anything, it turned me off coffee…..

For many years after I came back, coffee was an occasional indulgence in a restaurant maybe, and chai became the staple drink at home. My parents shifted to Bangalore in 1981 and my mother went back to roasting and grinding her coffee beans. This went one step further, when a friend gave her a coffee plant which in 3-4 years started to yield enough seeds to suffice for the 2 of them for many months.  We were in Mumbai in the 80s and made many trips to Bangalore, and it was then that I really learnt to appreciate good filter coffee and heard again of all the rituals that go with it.

After shifting to Lucknow in 1987, my parents started to visit every year, spending 6-8 weeks initially and after my father passed away my mother spent 2-3 months. In the early days she always came with a good stock of home ground coffee powder, as my father did not drink tea. She continued to do this, although Subhash and I had the luxury of enjoying the morning coffee only on Sundays.

My mother moved to Chennai in 1994, found her local source for freshly ground coffee powder with the exact amount of chicory added and continued to enjoy the brew. I kept my supply lines going through her visits, and the occasional trips Subhash and I made to Chennai. And it continued even after I moved to Gurgaon, and after my mother moved to Gurgaon, my brother kept the supply line going. And over the last few years I have become more and more of a coffee connoisseur. Over my many European visits, I learnt to appreciate the strong flavor of Nespresso brewed coffee. I gave up milk in general in mid-16, and particularly with coffee. I got a French press. Black coffee allowed me to enjoy the flavor of the bean itself. I started to explore all the fancy new coffee sources, the single estate coffees etc. I brought back a Nespresso machine on one of my trips, and the capsules are standing order for anyone visiting me from Europe.

After the Chennai source for the filter powder dried out for a variety of reasons, I started to source the it from  other places. But, the coffee was never up to the mark, and after my mother passed away a  year ago, I found that I was making it less and less. Then about 6 months ago, by chance I struck gold, and found this easy central Delhi source. And now I am back to enjoying my filter coffee – not every day, but a couple of times a week, realizing that it is ‘comfort’ food for me, with memories of childhood and my parents. Now I think I need to rescue my dawara-tumbler too! 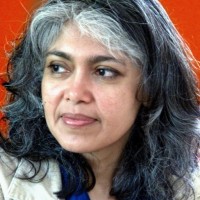 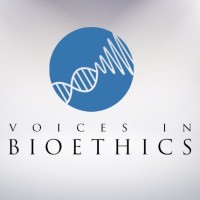 Life from the eyes of a maverick...
Voices in Bioethics
The Delhi Walla

The New Yorker – “All of his (The Delhi Walla’s) work together may add up to one of the most eccentric and encyclopedic ground-level portraits of a megacity in the Internet age.”

Traveling the World and Doing Good

Explore the world of Fujifilm